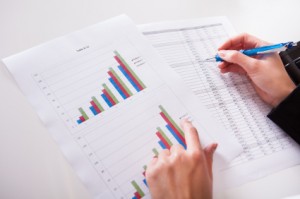 Surveys are a defining tool used to find out what you want to know.  Based on the quality and appropriateness of the questions being asked, the data received in response to those questions can paint an accurate picture which can be wisely used to assess the efficacy of the endeavor being surveyed.  The Routine Outcome Monitoring procedure does just that.

Some Background on Routine Outcome Monitoring

For more than six years, Narconon Arrowhead has done more than a general follow-up with their graduates, and has implemented a standardized follow-up procedure with the graduates of their rehabilitation program.  It is called Routine Outcome Monitoring.

As a brief historical background, the Substance Abuse and Mental Health Services Administration (SAMHSA) has been advocating the monitoring of graduates as an important means to assess treatment quality and results-oriented performance for many years.  This same issue regarding the importance of monitoring graduates is also addressed in the Government Performance Results (GPRA) Act of 1993 and the GPRA Modernization Act of 2010.

And the Center for Substance Abuse Treatment (CSAT) delineated a number of  core client outcome measures, excerpted below:

The survey instrument Narconon uses, and its standardized Routine Outcome Monitoring (ROM) procedure, were developed by outside research scientists, and are based on the recommended Center for Substance Abuse and GPRA survey form.

The Results of Drug Rehab and Making a Difference

The following results are excerpted from two analyses prepared byt the Foundation for Advancements of Science and Education (FASE), and are written in non-technical language for the general public. These two Routine Outcome Monitoring reports summarize the results of the Narconon Arrowhead graduate outcomes for the six months prior to May 2006 and February 2007.

May 2006: Narconon Arrowhead staff contacted 80% of the 65 students who graduated between 7 and 8 months before the survey date.

Of these, for the last 30 days, 67.3% were reported completely drug-free including no alcohol use. An additional 15.4% had used no drug except social alcohol (that is, not drinking to intoxication.)

76.9% were gainfully employed or enrolled in school full time.

2 graduates had new arrests and spent time in jail, that is, 96.2% arrest-free, and 2 others were completing pre-Narconon program legal obligations.

Feb 2007: Arrowhead staff contacted 95% of the 37 students who graduated six-plus months prior to the report period.

For the last 30 days 76.5% reported completely drug-free. 8.8% had used no drug other than social alcohol.

86% of the graduates were gainfully employed and/or enrolled full time in school.

1 graduate spent time in jail — he reported that he turned himself in to comply with parole violations when he used an illegal drug after Narconon. He had stayed drug free after that. Therefore, the percentage arrest-free since graduation for the 2007 survey group was 97.1%

The results speak for themselves, and the benefits they represent are of inestimable value in the rehabilitation of individuals seeking freedom from drug abuse and addiction. According to Gary Smith, Executive Director of Narconon Arrowhead:

“The outcome monitoring system is a good deal more than just tracking outcomes. It also includes creating a specific discharge plan and a strong after-care program. Our staff are in regular contact with individuals, finding out how they each are doing implementing their individual plans.  Routine Outcome Monitoring puts your entire organization’s “eye on the ball”, ensuring that students’ needs are getting met. We have seen that it makes a difference.”

For more information on this study contact us at Narconon Arrowhead today.

To see videos on this study and other Narconon studies click here.