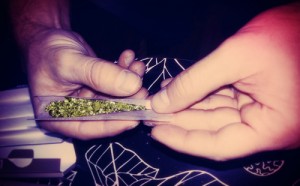 Towards the end of 2014, the Substance Abuse and Mental Health Services Administration (SAMHSA) released its most recent data on substance use obtained from its National Survey on Drug Use and Health (NSDUH).   The data paints an interesting picture of substance use in America at this time, especially marijuana.

While the national level NSDUH data showed alcohol and drug-use rates amongst all Americans to be essentially unchanging (flat), it also showed use by teens to be down-trending.  The data aligned with 2014 data obtained from the federal government’s other major source of drug use information, the Monitoring the Future survey.

A major point of interest is the issue of marijuana and its use.

Colorado and Washington were the first two states to legalize marijuana, and voting-in its legalization in 2012.  The 2014 drug-use surveys showed-up big spikes in the rates of Colorado’s and Washington’s marijuana use in 2012 and 2013.

An important point in evaluating the above information is the fact that the 2012 and 2013 data only indicates use in the time period when Colorado and Washington had legalized possession of marijuana.  The two states did not set-up their fully regulated and taxed marijuana markets until 2014.

With that in mind, it seems likely that marijuana-use rates can be expected to climb, reflecting the effects caused by a fully legal marijuana marketplace.

The survey data also showed-up significantly increased rates of marijuana use in the states of Missouri, Georgia, Maryland and Maine.

While the attorneys general of Nebraska and Oklahoma had expressed concern over the potential danger of marijuana use in Colorado spilling over into their states, the survey data showed-up a basically unchanging rate of use, at least to date.

Another point of interest showed-up by the surveys was that the state of Kansas, another of Colorado’s neighboring states, currently reports the lowest rate of marijuana use in the nation.

Another important issue brought to light by the survey data is that the spike in marijuana use in the states of Colorado and Washington occurred almost exclusively amongst those aged 26-and older.  Marijuana use by teens aged 12-17 years did increase some, but not markedly.

Proponents of marijuana legalization would likely find these findings hopeful in support of their cause, with Washington and Colorado adults reporting increased use, and legally entitled now to use.  This is in comparison to teens not legally entitled to use, and the survey data showing-up little change in their rate of use.

It is also worthy of note that these statistics are preliminary, and do not yet reveal the effects of retail marijuana markets now being established in various states.  These statistics, however, are very important in that they establish a baseline of measurement; and the future impact of marijuana policy changes at the state-level can be recognized and evaluated in proper perspective.

Future data and statistics collected by the NSDUH and the Monitoring the Future survey will reveal whether the spike in adult marijuana use in marijuana-legal states is a novelty which will wear off in time, or is the start of an ever-increasing trend of these adults to make marijuana use an ongoing part of their lives.

Hopefully, American adults currently engaging in pot use will find out for themselves that life can be lived and enjoyed quite satisfactorily without being under the influence of a psychoactive substance, legalized or not.  And as the long-term results of marijuana use prove-out, those who made the choice not to use will not have to worry about any adverse consequences future research brings to light.