Is Mental Illness Skyrocketing Or is it Just Addiction 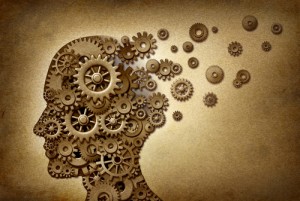 There are stories or “urban wisdom” that circulate around about the fact that if you go into a hospital for a surgical procedure, that you should actually write on your body with a permanent marker and say “this one”, and “not this one”, if for example, you were having surgery on your right hip and not your left. This may seem like a wild idea, but a mistake can cost you dearly!

In the field of addiction recovery, you can’t really get someone through recovery by using a permanent marker. You can’t write on someone’s arm “don’t take drugs.” To recover from addiction, a person must progress through a workable rehab program. And if you are misdiagnosed as “mentally ill”, you will start down the wrong path to recovery.

Addicts May be Misdiagnosed

Many people are misdiagnosed with mental illness because of addiction. The problem is, for example, that the symptoms of methamphetamine addiction may be misdiagnosed as schizophrenia. Common symptoms include agitation, paranoia, violence, hallucinations, weight loss and other behavioral problems. Patients suffering from substance abuse usually manifest symptoms similar to psychological or mental disorders such as depression, schizophrenia, ADHD, post-traumatic stress disorder and bipolar disorder. Stimulants such as cocaine and methamphetamine can cause psychosis and may be misdiagnosed as such. Stimulants may also cause mood swings which may be misdiagnosed as bipolar disorder. Also, stimulants (or withdrawal from them) can cause depressive symptom which may lead to a wrong diagnosis of depression. A person trying to recover from addiction needs to handle his addiction!

Doctor Allen Frances, on the Psychology Today website, talked about an alarming situation with the new DSM 5 (Diagnostic and Statistical Manual of Mental Disorders, 5th Edition) diagnosis “Somatic Symptom Disorder.” He says this disorder is defined so over inclusively by DSM 5 that it will mislabel 1 in 6 people with cancer and heart disease; 1 in 4 with irritable bowel and fibromyalgia; and 1 in 14 who are not even medically ill as having a “mental illness.” This is definitely alarming: if the people that do the diagnosing have a bad reference manual to work from, how can anyone know they are getting a valid “mental health” diagnosis?

We seem to be constantly told in the media that there is an epidemic of people with “mental health” issues. Is mental illness really skyrocketing, or could there be some misdiagnosis going on? A lot of these could be addicts that are misdiagnosed!

Drugs are Not the Solution

Most solutions for mental health seems to involve more drugs. For example, Ritalin (an amphetamine) is used to “cure” some disorders, but can be just as addictive as methamphetamine, and it is sold as an illegal street drug. So a person could become an addict from trying to be cured from a “mental disorder”! More drugs does not seem to be the solution for someone who is trying to recover from addiction.

Addiction recovery involves letting drug addicts know that they can go to a rehab program, get help, and get better. A program of detoxification and nutrition to heal the body. Education and training to have them see why drugs do what they do, and the effects drugs cause not only to themselves, but also to their families and friends. Getting properly diagnosed is the key, so that the addict is not sent off on some wild goose chase. The next time you see someone that may be “mentally ill”, you might consider talking to them to find out whether or not that person is having trouble with substance abuse instead.