Is a New Powdered Alcohol Making Its Way to the US 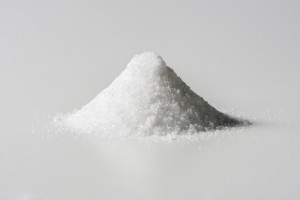 A new powdered alcohol has recently been approved by the US government. The company behind this odd invention is called Palcohol and they hope to have all seven of their flavors available in stores this fall. This powdered alcohol is not the first of its kind as an effort to make the same product was made in the 1970’s with other attempts made afterwards. These attempts failed primarily because the resulting product was actually just not very good.

Why is Powdered Alcohol Necessary – How Is it Intended for Use

Apparently, the big problem this powder solves is the high costs associated with liquid alcohol. Palcohol is insisting that paying $10-$20 for a mixed drink at a concert or sporting event is abhorrent, and that bringing a packet of Palcohol and rehydrating for a fraction of the cost is a killer idea. Who wants to pay that much for alcohol in a concert? I guess this logic is taking a huge leap of faith that someone would really want to start mixing their own margarita in the middle of a rock show. Would you bring your own bottled water or just use tap water?

The company also is promoting that you can put the powdered alcohol on just about any food to, “give it an extra kick”. So try some powdered rum on your salad or add some vodka to your eggs. Unfortunately these don’t sound like great ideas either, or maybe this product is just targeted for a certain set of addicted consumer base.

Is Powdered Alcohol Even Necessary

So why is this really necessary? Well, the only thing that comes to mind right off the bat is if you REALLY need to get drunk, but don’t want to carry heavy bottles of alcohol in your rucksack as you climb up the side of a mountain. It would fit right next to the other dehydrated food! But even then, you’d probably want to save some of that water for, you know, drinking water that will hydrate you rather than alcohol which obviously does the opposite.

But back to the product itself. This can’t taste good, right? It’s not out for public consumption, but let’s just assume that powdered/dehydrated alcohol is as terrible as every other dehydrated food out there.

While there may be many flaws to this product, mainly it actually tasting good, the real big flaw to this product is that it’s only a necessary product to those who really shouldn’t have a product like this. Palcohol could be taken into any establishment that doesn’t allow alcohol. The company’s tag line is “Take your Pal wherever you go”.

Going to a movie theater? Getting on a plane? Driving? Someone could be getting drunk off powder right next to you. Palcohol can also be snorted (and is even basically promoted by the founder of Palcohol during a seemingly disingenuous comment about using Palcohol responsibly). Snorting an alcohol could easily get someone drunk as well as cause physical problems with the person’s nose and sinus system.

It might sound a little too optimistic, but a company like this should really consider what they’re trying to sell and who they are selling to. Alcohol is commonly available for people to drink whenever they want to. Lots of rules and regulations are in place to make sure that people are being safe while drinking, and creating a powdered form of alcohol is only going to undermine the actions that had been previously put in place.

TheTelegraph – US approves ‘Palcohol’ – powdered alcohol is on the way