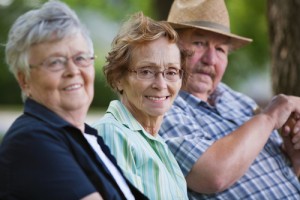 The largest generation in American history is aging.  They cut their teeth on emerging post-war consumerism with the birth of suburbia, television, the magic of Walt Disney movies, Barbie dolls, hula hoops, and Frisbees.  They witnessed the birth of rock ‘n roll, and experienced the musical genius of Elvis Presley.

Their horizon darkened with the Viet Nam war, and 18 and 19-year old Baby Boomers were drafted to serve.  A counter-culture was born, and the Boomer generation aspired to peace, equality, civil rights, human rights; and social, economic and political change.

Some Boomers “dropped out”, some became hippies, and far too many bought-into the trap of “enlightening” themselves with drug use.  Perhaps the Boomers were the first generation to indulge in illicit recreational drug use. For many, drug use at some level became an accepted part of life.

Today, these Boomers are becoming America’s senior citizens.   It seems that the Boomers don’t like aging, or the consequences that come with it.

Furthermore, as the youth of 60s generation aged into their fifties, illicit drug abuse more than doubled in older people between 2002 and 2013.

What is Driving Senior Drug Abuse?

Research done by Tel Aviv University reveals that while many older Americans abusing substances are retired, it is not retirement by itself that leads to alcohol and drug abuse.  Factors contributing to substance abuse include leaving the workforce, and painful later-life losses of friends and spouses.

The ten-year study was funded by the National Institutes of Health (NIH) and published in the Journal of Work, Aging and Retirement.  Professor Peter A Bamberger of Tel Aviv University, and Professor Samuel B. Bacharach of Cornell University conducted the study. The two professors co-authored the Oxford University Press, 2014, Retirement and the Hidden Epidemic.  It is a summary of the two Professor’s numerous studies on the subject, designed for laymen.

The study found that older adults frequently lack the required skills to adequately cope with retirement life-changes.  Death of friends and spouses, and deteriorating health were other issues brought to light by the study.  The research linked lack of purpose, depression and financial strain to conditions and circumstances impacted by retirement—and known to lead to substance abuse.

Professor Bamberger notes that the conditions surrounding a person’s retirement heavily influenced alcohol and drug habits.  The study revealed the worst combination was early retirement taken by individuals who actually loved their jobs, but were highly fearful their companies failing.  Of all groups studied, this group showed the highest occurrence of substance abuse.

A second major finding by the study revealed that despite individual retirement planning, the person may not have completely grasp the required lifestyle changes.  Consequently, many retirees experience serious financial hardship.  Prof. Bamberger noted that many retirees resort to drugs or alcohol for comfort when faced with the resulting feelings of loneliness, instability and depression.

Fortunately, things can be done to help retirees avoid turning to drugs and alcohol as a solution to later-life events.  Professor Bamberger points out that raising awareness alone is sometimes enough to bring beneficial change.  Providing ways to cope with the stresses of retirement is suggested as a way to reverse the trend of drug and alcohol abuse amongst America’s aging Baby Boomers.  Bamberger points out that retirement mentors and group may frequently pick-up on the signs before they turn into a problem.  As with all forms of substance abuse, prevention is key.