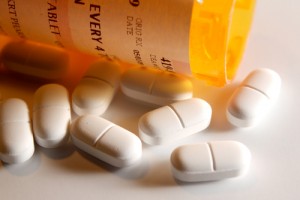 Hydrocodone is an opioid drug derived from codeine and is used in the treatment of moderate to severe pain and sometimes as a cough suppressant.  By binding opioid receptors in the central nervous system, hydrocodone suppresses the body’s communication of pain.

Hydrocodone users can develop a tolerance for the drug, requiring more in order to achieve the desired effects.  Because it affects the functions of the brain, hydrocodone use can create both physical and psychological dependency.  It is not uncommon for hydrocodone to be abused, both by individuals who have been prescribed the drug for medical purposes and by those who use it for pure recreational purposes.

The fact of hydrocodone abuse is not a secret.  According to drugabuse.gov non-medical use of opiate-based drugs like hydrocodone were responsible for 1.2 million emergency department visits in 2009.  A simple online search will turn up a large amount of online blogs that share stories of recreational hydrocodone use and abuse.  On one site where a poster requested information about “getting the best high”, one blogger warned, “Watch out with your usage, I started with hydro and became massively addicted to opiates/opioids.  I got to the point where hydro did not even hold me over no matter the dose and it used to give me some GREAT euphoria.”  Another blogger states, “I use strictly once a month, and my tolerance has risen from 20mg … to 90 mg … over the course of a couple of years.  I would not at all recommend doing this weekly.”

While medical hydrocodone use was originally intended to treat moderate to severe pain, the fact stands that as an opioid drug it suppresses pain and creates feelings of euphoria which in turn cause both psychological and physical dependence, making it a highly addictive drug.  Simply labeling the recommended dosage amounts and stating that it should only be taken by the individual for whom it was prescribed is obviously not entirely effective in preventing its illegal use by others.  Drug addiction has proven to drive individuals into committing dishonest and illegal acts to feed their addiction, so a hydrocodone abuser is not likely to avoid its use simply because it’s illegal or warned against.  In battling the rising statistics of hydrocodone abuse it may be more effective to find alternate solutions for pain management and simply remove this drug from medical use.