Heroin Abuse: US versus Afghanistan 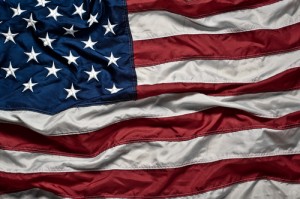 The Director of the National Institute on Drug Abuse, Dr. Nora D. Volkow, identifies heroin as a highly addictive opioid drug having devastating social and medical consequences in our society.  She further notes that its consequences of violence, crime, HIV/AIDS, hepatitis, and ill-effects on the environments of family, education and workplace cost our nation billions of dollars every year.

The harm heroin causes humankind is not confined to any one country or its people.  The United States is not alone in suffering from heroin abuse, but its statistics and treatment options may be very different than those of another country.

According to Dr. Volkow, the number of people in the United States starting to use heroin has been rising steadily since 2007.  She notes that this may be due, in part, to abusers of prescription painkillers/relievers shifting to heroin as a cheaper and more readily available alternative.

The perception that heroin which is highly pure and does not need to be injected is somehow safer than less pure forms of the drug is a misconception which may also be a contributing factor to the continued increase in its use.

Dr. Volkow, in subscribing to the school of thought that addiction is a chronic disease, cites medication as a treatment for heroin addiction.  She notes that there are a number of medications currently available which reduce heroin withdrawal symptoms and drug cravings.  As a result, the chances of achieving abstinences are considered to be improved.

There are also treatment options available in the U. S. which do not depend on the use of substitute drugs (medications) in treating heroin addiction, such as methadone or others.  Non-traditional, faith-based, and drug-free approaches to addiction treatment are all available.

Heroin addicts in the United States are fortunate in that help in overcoming their addiction is available, if and when the addict decides to do what is necessary to get clean and stop using.

Easy access to the internet provides a wealth of information, resources, and treatment options available to those seeking help with their heroin addiction.

In contrast, as the problem of heroin abuse escalates in the country of Afghanistan, there is little help available to heroin addicts, and little if any hope of ever overcoming their addiction.  For many, after experiencing much misery and suffering, the only way out of their addiction will be death.

A recent online Washington Post article paints a desperate picture of degradation, hardship and hopelessness amongst those Afghans who have fallen prey to the wiles of heroin.

A source of the escalating spread of heroin abuse across the country of Afghanistan is linked to the 2001 invasion of the country by the United States.  Based on estimates by the United Nations, there are up to 1.6 million drug users in the cities of Afghanistan.  That number translates to 5.2 percent of that nation’s population.  Furthermore, it is estimated there are another 3 million more drug users in the rural areas of that nation.

According to the article, there are a number of factors driving the heroin-abuse epidemic.  Officials cite excessive unemployment, and drug-addicted workers returning to Afghanistan from wartime exile in Pakistan or Iran.

The record amount of land currently being use to grow and harvest opium poppies (2013) is also cited by U.S. officials as a major contributing factor to the escalating heroin abuse in Afghanistan.

In stark contrast to the United States, there is limited help available to the addicted in Afghanistan.  The entire country has only 170 drug treatment facilities, most of which were built with funds from foreign sources.  The total treatment capacity nationwide is only 39,000 substance abusers.  The limited number of existing residential drug treatment programs release the addict back onto the streets after only 40 days, and follow-up treatment is minimal.