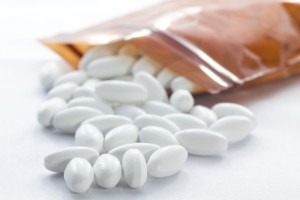 The National Center for Biotechnology Information (NCBI) located in Bethesda, Maryland, was founded in 1988.  It is part of the NLM, the United States National Library of Medicine, which is a branch of the NIH, the National Institutes of Health.  It houses a series of databases having to do with biomedicine, the broad area of research science that seeks ways to prevent and treat the diseases causing illness and death in both people and animals.  Its databases also provide access to genomic information, which in the arena of public health, seeks to integrate the advances make in human genetics into public health policy and programs.

Self-medication is the selection and use of medicines by a person or a member of the person’s family to treat self-recognized or self-diagnosed symptoms or conditions.

It was a descriptive study done in an urban PHC (primary health care) center in Spain.  The 240 study participants were all aged 75 years or older.  The data was obtained by home care nurses who filled-in a structured questionnaire for the months of April to June in 2006.

The overall main subject of self-medication was further broken-down into 4 groups which included:

Additional variables in the research study included the drug types, the source of the drugs, and whether the reason for self-medication was acute or chronic (longterm).

The research study concluded that amongst the elderly, there is a “significant prevalence of self-medication.”  It also found the practice of accumulating drugs in the home to be very extensive.

As part of the study conclusions, it was suggested that Private Health Care professionals and pharmacists “need to be trained in the responsible use” of self-medication and chronic medication.  Moreover, it was noted that while self-care needs to encouraged, the Private Health Care professionals must make patients in their care aware of “the harmful effects of self-medication.”

Self-medication is regarded as being far from a completely safe practice, particularly in cases of self-medication done in a non-responsible manner.  There are a host of potential risks involved in medicating oneself, including incorrectly self-diagnosing; potentially severe adverse reactions; failing to seek competent and informed advice from a health practitioner when it is needed; potentially dangerous drug interactions; taking the drugs incorrectly; incorrect dosages; incorrect choice of drug used; the potential masking of a severe disease through self-medication; and the risk of drug abuse and drug dependence.

For more information on drugs and self-medication, please visit contact us today.