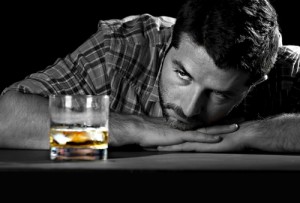 Led by Australia’s University of Adelaide researchers, The Global Statistics on Addictive Behaviours: 2014 Status Report reveals that 8 percent of Americans have a drinking problem.  In comparison, the world’s population having a drinking problem weighs-in at 4.9 percent.

According to the research findings, the only nation in the world that has more alcohol problems per capita than the United States population is the United Kingdom, with 12 percent of the population suffering from alcohol abuse. The study found that 68.9 percent of Americans consume one alcoholic drink per year, minimally.

According to lead author of the study, Linda Gowing, alcoholism is linked to a range of health issues, “and takes years off” a person’s life.

The U.S. Substance Abuse and Mental Health Services Administration (SAMHSA) has cautioned since 1998 that both prescription drug and alcohol abuse amongst adults 60 years of age and older is the fasted-growing U.S. health problem.

On a worldwide scale, the global survey shows that both alcohol and tobacco take a toll on people’s health the world over.

A World View of Substance Abuse

The global research findings suggest that close to a billion people smoke, accounting for more than 20% of the adult population worldwide.  Nearly 5 %–240 million people—suffer from alcoholism, or an alcohol-related disorder.

Lead study author and associate professor at the University of Adelaide, Linda Gowing and her team found that the negative impact from alcohol use is much larger than that from illegal drugs.   Study findings indicate the impact of alcohol-related disability is three times higher than that of illegal drugs.

Robert West, study co-author and editor-in-chief of the Addiction journal noted in a news release that the information on how much more societal damage is done by legal drugs than is done by illegal ones was “the most striking thing” that emerged.

Eastern Europe was found to have the world’s heaviest drinkers, consuming, on the average, an estimated 3.7 gallons of alcohol per person, per year.

Gowing and her team noted that obtaining reliable statistics on illicit drug use is tougher than alcohol and tobacco, but estimate around 15 million people in the world inject illicit drugs like heroin.

According to Gowing, the most prevalent worldwide addictive behaviors–by far–are alcohol and tobacco use, and they also cause the most harm.

The global survey found the most common addictions are alcohol and tobacco in most countries—and the most harmful.  Eleven percent of deaths in males worldwide each year are linked to tobacco, as are 6% of deaths in females.

An interesting aside is the impact of a burgeoning number of baby boomers and their tendency to drink more than their predecessors.  The boomers have been turning 65 since 2011, and over the next three decades or so, the 65-and-older population is expected to number 83 million.  Projections based on a 2008 study predict the boomers will help push the number of adults 50 years of age or older abusing substances to an estimated 5.7 million by 2020.

Associate Professor Gowing notes the importance of using the global study data to further reduce the impact of tobacco smoking and alcohol abuse.  Gowing considers the study data highly valuable and useful in guiding researchers and policy-makers in the planning of responses to addictions across the world.