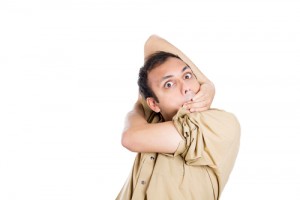 It is widely known that drugs are toxic, thus regulated and tested for toxic reactions before being released to the public for consumption and use.  Research into drugs and their effects by humanitarian L. Ron Hubbard during the late 60s resulted in the determination that “Drugs essentially are poisons”, and “The degree they are taken determines the effect.”  From this fact stems the nightmare of drug withdrawal.

What is Drug Withdrawal

Anytime you put a toxic substance in the body, whether it is the poison arsenic or the antidepressant drug Prozac, there will be side-effects and consequences.  Where the potential for side-effects is severe, the drug is relegated to being prescribed by doctors and dispensed by pharmacists.

At the point where an individual starts feeling dependent on the drug as well as experiencing an adverse set of symptoms upon trying to cease taking the drug, or somehow being unable to obtain it for consumption or use, drug withdrawal sets-in.

Simply and in basic terms, the use of the substance causes the person’s body to adapt to and become accustomed to the substance being ingested or used, whether it is the long-term use of alcohol for example, or the one-time use of one of the highly addictive drugs such as methamphetamine or prescription painkillers

The physical dependency increases as the body becomes accustomed to the dose with the consequent lessening of the drug’s effect, resulting in what is called drug tolerance.  The development of both physical and mental dependency consequently results in adverse physical and mental symptoms and reactions upon suddenly ceasing to use or take the drug.  This is drug withdrawal, and with some drugs such as antidepressants, it can be life-threatening.

There are approximately 16 million long-term users of antidepressants in the United States, most of whom are women.

Those who have been on antidepressants potentially face severe withdrawal upon ceasing to take the drug or drugs they have been prescribed, and according to a January 22nd article by Rebecca White, “experts say no real exit strategy exists.”

In stark contrast to the challenge of getting off antidepressants, getting onto them is far simpler and much easier, requiring only a common prescription and the popping of the pill or pills.

Consequently, an increasing number of people in the United States have “become married to their drugs”, unable to avoid the seemingly insurmountable negative side-effects and pain which results when attempts are made to get off them.  It is the brutal reality of drug withdrawal.

According to Dr. Peter Breggin, practicing psychiatry privately in Ithaca, New York and an expert on psychiatric withdrawal, people are prescribed the drugs for “anything under the sun”, including menopause, anxiety, obesity, etc.  He expressed his professional opinion that these drugs are amongst “the most difficult drugs to come off”, more difficult than opiates or alcohol.

Current Trends in Antidepressant Use

According to a recent National Health and Nutrition Examination Survey, the long-term use of antidepressants is becomingly increasingly common in the last ten years, with 70% of the approximately 16 million long-term users (having used the drug 24 months or more) in the U.S. being women.

Based on data from IMS Health, antidepressants are “the most commonly prescribed” class of medication in the United States, and linking the national trend in their long-term use with “treatment in primary-care settings”, the source where most antidepressant drugs are prescribed.

It seems that experts disagree on the solution to the over-prescription of antidepressant drugs to women, especially at the primary-care level of general practitioners.  In the opinion of an associate professor at Johns Hopkins Bloomberg School of Public Health, Dr. Ramin Mojtabai, those experiencing “moderate or severe depression” likely need “mediation treatment” and “psychiatric referral.”

Dr. Kenneth Duckworth, medical director for NAMI (National Alliance on Mental Illness) expressed his opinion that it is the responsibility of both the doctor and the patient in preventing the improper use of antidepressant drugs.  He further cautioned patients to openly discuss the issue with their primary care physician should the doctor prescribe an antidepressant for “off-label uses”, meaning those which are not approved by the FDA.  (Food and Drug Administration)  An off-label use, for example, would be insomnia.

The author of “Anatomy of an Epidemic, Robert Whitaker, cautions that antidepressants “can become a life sentence” due to the damage to the brain believed to occur with extended use.  He added that there isn’t “good scientific evidence” that antidepressant drugs “lead to an improved life course” taken as a whole.

Again, according psychiatric withdrawal expert, Dr. Peter Breggin, almost anything behaviorally or emotionally destructive can occur during withdrawal from antidepressant drugs.  He notes there can be “all kinds” of neurological and behavioral disturbances, with common side-effects being hopelessness, suicidal feelings and suicidal actions, shock-like feelings in the head, odd feelings in different areas of the body, and disabling anxiety.

But shining a little ray of hope, Dr. Breggin cautioned not to be discouraged when faced with these side-effects since any damage may not be irreversible.