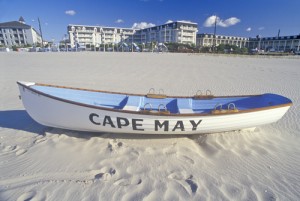 As the problem of substance abuse and addiction continues to ravish our nation, the New Jersey Governor’s Council on Alcoholism and Drug Abuse launched a study into the abuse of heroin and other opiates by New Jersey’s youth and young adults.  The report on this study outlines a strategic plan to address this serious problem and take decisive action to resolve it.

Between May and October of 2012, a committee resolved to uncover the truth about heroin and other opiate use in New Jersey held public hearings throughout the state.  They listened to testimony given by individuals in recovery, state officials, law enforcement officials, researchers, academics, experts, the state medical examiner, lawyers, doctors, prevention workers, treatment providers and more than a hundred public citizens.  Many of these hearings began with the testimony of parents who had lost their children to heroin and opiate use, and followed with valuable information that presented a clear picture of the deteriorating situation in the state.

The number one health care crisis in New Jersey is the skyrocketing use of heroin and other opiates.  There are currently more drug overdose deaths than motor vehicle accident deaths in the state, while the latter had previously been the leading cause of accidental death in America.  One of the even more startling facts in this crisis is that many young individuals who had been labeled as having a low risk of addiction have fallen victim to heroin and opiate abuse and addiction.  2012 saw a shocking seven hundred percent increase in admissions to New Jersey substance abuse treatment programs over the course of the previous decade, with forty percent of opiate admissions for individuals who were eighteen to twenty-five years of age.

The task force discovered that many individuals had started on the path to substance abuse with legally prescribed pain medications, which were themselves opiates and highly addictive.  New Jersey youths became addicted to their pain medications and proceeded to undertake any task necessary to feed their addiction, including switching to the more affordable and dangerous heroin when they were no longer able to obtain pain medications.

The Danger of Naivety

The chairman of the task force pointed out that an obvious contributor to the serious problem of heroin and opiate abuse in the state of New Jersey is the naivety of many of the youths who are stepping into drug use.  While working as an outpatient therapist nearly a decade ago, the chairman spoke to a fifteen year-old boy who came from a wealthy and stable home but was abusing Percocet, Percodan, Vicodin and Oxy Contin.  This teenager said that these drugs were easy to come by since they were in his parents’ medicine cabinets.  He also indicated that he and his friends viewed these medical drugs as much safer than street drugs because they had been made by big companies in sanitary laboratories and were prescribed by professionals who had many years of medical training.  At the time, more individuals were being treated for prescription medication abuse and addiction at that facility than for the abuse of any other substance.  Some individuals who were seeking treatment for heroin addiction had first tried and become addicted to prescription medication before graduating up to heroin, causing some to wonder whether they would’ve ever tried heroin if prescription medication had been unobtainable.

The fact is that some young individuals who may not consider taking street drugs do consider taking prescription medications as a more accessible and “safer” alternative.  Without being exposed to the truth about prescription medications, including the physical and mental side effects, tolerance and dependence that can lead to even greater and more dangerous drug use, these individuals are unable to make the wise choice and abstain from drug use or seek help early on.  As New Jersey works hard to implement changes that may help individuals receive the necessary rehabilitation treatment at the appropriate time, it may also be fitting for them to invest in extensive drug education programs that help raise public awareness of the drug problem that is devastating their state.