Does Alcohol Use Lower IQ 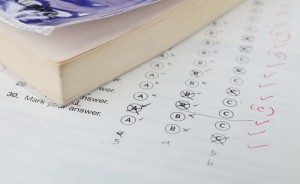 According to a number of studies, alcohol use increases with education level.  This does not, however, mean that drinking is associated with an increase in intelligence—in fact, quite the opposite. College and Drinking

A study at the London School of Economics revealed a positive correlation between those who had attended college and increased drinking habits.  According to the US Department of Health, nearly 70 percent of college graduates describe themselves as drinkers, while that statistic is nearly half when it comes to those without a high school diploma.  Researchers speculate that this may be due to the more intensive social life in college, as well as widespread social acceptance of drinking.  However, other angles reveal that there is a much more physical reason for this, as alcohol has a detrimental effect on the still-forming, early-twenty-year-old brain.

Your Brain on Alcohol

What does alcohol actually do to the brain?  Let’s first examine it on a smaller scale.

If you have ever been intoxicated, there is no disputing the fact that alcohol affects the brain.  It causes blurred vision, slurred speech, difficulty walking and slowed reaction times.  This can occur after one or two drinks and quickly fades away when drinking stops.

On a bigger scale, however, it is not so easy to fix.  This is for a number of reasons and depends on the length of time and the amount of drinking.  The effects can range from short memory lapses to permanent brain damage resulting in a lifetime of custodial care.

Alcohol use on any scale can damage nerve endings, which results in communication problems between neurons.  Heavier alcohol use can actually destroy neurons in some parts of the brain, resulting in a condition known as Wernicke-Korsakoff Syndrome.  This condition causes memory problems, confusion, paralysis of the eyes, lack of muscle coordination, amnesia and even death.

So while college students are getting an education, they appear to be pedaling backwards on their IQ at the same time.

Another factor involved in alcoholism is that of malnourishment.  Alcohol burns vitamins and minerals at an incredible rate, leading to a number of physical conditions.  One vitamin in particular is thiamin, also known as B1.  This nutrient is essential to the body’s neurological function, but it gets used up rapidly by alcohol use.  In fact, this is one of the factors involved in Wernicke-Korsakoff Synrdome, and many cases find relief with B1 supplementation.

Remember that the brain is one of the most energy hungry organs in the body.  Because B1 assists in the manufacture of energy and monitors the central nervous system, it is no wonder that a deficiency of this nutrient would be devastating to the IQ and other cognizant functions.  When it occurs during brain development, as in the case of college students, the damage to brain cells can be severe.

Researchers speculate that the difference in drinking habits may also have to do with the lack of life experience in college-goers.  Those with the necessity to increase responsibility, as in the case of raising children or meeting the demands of a career, are less likely to spend their time drinking.  When you live on a sheltered campus with nothing but the stress of homework, and you are surrounded by friends whose lifestyle consists of regular binge drinking, it is a bit difficult to be the black sheep.