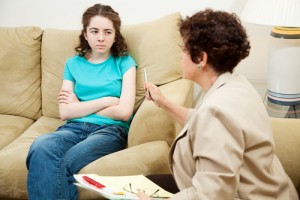 How one former substance abuser found freedom from addiction through Narconon Arrowhead.

Many substance abusers may not understand how thoroughly drugs have changed or damaged their life, but they usually know on some level that without help, they will likely lose their life to drugs.  Even if the substance abuser decides that they have a problem and that something needs to be done about it, they are confronted with an even bigger problem: how to confront and fix their problem with substance abuse.

Depending on the drug and the length of time over which it was abused, withdrawals can last for many days or weeks.  Even with highly trained and competent rehabilitation treatment staff, these drug withdrawals can be extremely painful, sometimes life-threatening.  Confronted by this horrible fact, most substance abusers are willing to do anything to avoid drug withdrawal, even if it means losing their life or winding up in prison as a result of drug use.

John remembers March 3rd, 2006 as the day his life changed forever.  It was the day that he decided to face his drug problem head on and admit he needed help.  He arrived at the Narconon Arrowhead rehabilitation facility and instantly felt better.  John discovered that just by admitting that he had a problem and then reaching out for help and support he had taken an important first step toward getting his life back together.

It took John awhile to get through his rehabilitation program, but this made perfect sense to him.  After all, it had taken him awhile to get down into the condition he found himself in.  As he moved through drug withdrawal and sauna detoxification, he began to notice a dramatic improvement in his behavior.  As he moved through the life skills courses, John learned why he had turned to drug use in the first place, and how to take responsibility for his actions rather than blaming others for his problems.  He became more honest with himself and others and more willing to see the other person’s point of view in a discussion.  He became self-confident and responsible, qualities he had been without for quite some time.

When John completed the Narconon program he made a tough decision and turned himself in to Craig County in East Texas for an outstanding arrest warrant.  There is no doubt in his mind that had he not attended and completed the Narconon program he never would have taken responsibility for his actions and turned himself in.  However, being able to right his past wrongs became something that was personally important to John, and very natural.

A Life Turned Around

Upon the completion of his jail sentence, John chose to return to Narconon Arrowhead and begin the extensive training to become a Narconon drug education officer.  Since that time, John has been able to reach out to and help over one hundred fifty thousand students throughout the Midwest learn the truth about drugs.  John’s position makes him responsible for helping young individuals understand the many effects of drugs so that they will make the informed decision to stop or abstain from drug use.  He has organized drug-prevention groups, put on drug-education events, worked with community leaders and much more.

John’s family, who had once learned to distrust his every action, is now extremely proud of his hard work and his success.  John attributes his current success and happiness in life to the caring, supportive Narconon staff and the highly effective Narconon program.  He says that life is not only worth living, it is now a game that he can play and win every day.