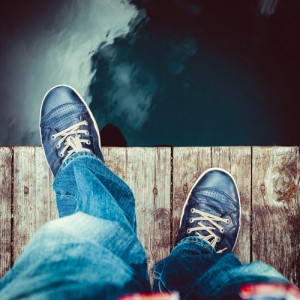 Cocaine is a powerfully addictive stimulant drug.  Cocaine is commonly sold on the streets as a fine, white, crystalline powder.  The drug is known as C, snow, coke, blow or flake. Dealers on the streets commonly cut the drug with inert substances such as sugar, talcum powder or cornstarch.  Or they cut it with other active drugs such as amphetamines or other stimulants.

A study published in the Drug and Alcohol Dependence journal in November of 2014, reported the results of following injectable drug users over a seven-year period of time.  Drug users participating in the study responded to questionnaires twice each year.

One of the Universite de Montreal study authors, Didier Jutras-Aswad, noted that while it is widely known that individuals abusing drugs and alcohol are more likely to commit suicide, no previous study has detailed which substances put the user more at risk of suicidal behavior.   The findings of this study provide that data.

The study found that those who use amphetamines and cocaine were twice as likely to attempt suicide in comparison to those who were using alcohol, marijuana, sedative-hypnotics and opiates.

Justras-Aswad noted that amphetamines and cocaine are “very potent mood changers”, and substances which may impact the brain in a manner that leads a person to commit suicide.

Furthermore, he noted that a person attempting suicide is a good indication that he or she will be successful in killing themselves if suicide is attempted again.

According to Jutras-Aswad, those who use amphetamines and cocaine tend to have personality traits making them more subject to impulsive behavior and mood swings.  Cocaine itself causes mood swings and impulsive behavior.  It could be construed that the drug compounds the potentially adverse consequences of those already existing behavior traits.

Justras-Aswad points out that the reason an alcoholic or opiate-user is less likely to attempt suicide may be due to already existing treatments, including the use of medication.  He cites the use of methadone in heroin addicts as an example, noting that the methadone eases the addict off the drug, reducing their dependency.

He cites the cocaine-addicted group as a much higher-risk population which he believes needs to have specific interventions developed to address their particular issues.  He envisions a medical treatment for amphetamine and cocaine users, noting that it would need to include psychological follow-up due to the group’s risk for suicidal behavior.

As a university researcher, Justras-Aswad notes that in the research center, they are exploring developing and testing new drugs as a means to treat addiction to cocaine.  He says they are hopeful it will help better treat those who do not have a lot of treatment options available to them at this time.

He further noted that addicts may resort to substance abuse as a means to cope with emotional issues, depression, or financial stress.

Jutras-Aswad said that ultimately what he and his research team is trying to do is help cocaine and amphetamine addicts find new ways to cope with stress and with life.

Some drug and alcohol rehabilitation philosophies classify addiction as a chronic, relapsing disease.  There are serious disadvantages to that, including giving an addicted person the idea that it is not possible to every really recover from addiction. Such a mindset has the potential to set the person up to accept the idea of relapse.  This classification can also set the stage for using medications (drugs) to treat addiction, just as medications are used in the treatment of heart disease or diabetes.

Successful rehabilitation treatment must subscribe to the philosophy that lasting recovery is possible, and it can be achieved without medication.  It is in this way that the individual truly learns to find realistic new way to cope with, and live life.