Are Strong-Minded Teens More Likely to Use Drugs 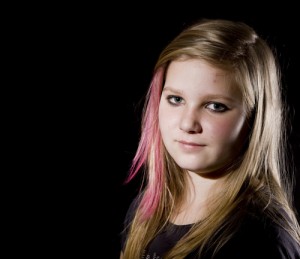 Being strong-minded can certainly be an asset in life for anyone.  Strong-minded implies that a person has definite and strong beliefs, and is not easily influenced by others.  It also implies the person has a vigorous mind marked by independence of thought and judgment.  These are all qualities which contribute to a forthright address to life and the challenges it presents. And according to a new University of Oregon research study, it is teenagers who are not focused on their goals who are most likely to get involved in substance abuse.

Akita Khurana, University of Oregon Department of Counseling Psychology and Human Services professor, cited “executive attention”–a component of memory that includes an individual’s ability to focus his or her attention on a task and ignoring distractions while engaged in thought processes—as the most important factor in staving-off substance abuse problems.

Research findings were obtained from a long-term study of 382 at-risk teens from an urban population, providing an early view of how it is that adolescents enter into the use of tobacco, alcohol and marijuana.

A collaboration with the University of Pennsylvania and the Children’s Hospital of Philadelphia provided the opportunity to focus on young people ages 11 to 13 as they began to explore sensation-seeking and risky experiences which frequently mark the road to independence, and becoming an adult.  Prior studies routinely relied on adults only recalling when they began experimenting with chemical substances, and what was recalled was identified as what was thought to be the marker of substance abuse problems later on in their lives.

Khurana noted that not all forms of early drug use end-up being problematic, with some individuals staring drug experimentation early—then stopping.  She further notes there are others who could start drug experimentation early, and follow the path of continued drug-use.  Khurana detailed that the researchers wanted to know what it was that separated the two.
The pattern which emerged in the research study was that of early experimentation with drugs more likely leading into progressive drug use amongst youth whose “impulsive tendencies” were not kept in-check ‘by a strong working memory ability.”  Khurana further noted that the compulsive progression of drug use—not just the experimentation itself—is likely to lead to a substance abuse problem.

Khurana noted that “greater executive attention enables one to be less impulsive” in making decisions and less impulsive in actions due to being focused and more able to control one’s own responses to events in the environment surrounding the person.

Researchers found that if that those teens who perform poorly on tasks which require working memory and which draws on  “executive attention” are the ones more likely to engage in impulsive drug-use conduct.

The University of Oregon researchers noted that the family environment which is strong in its structured routines and provides mental stimulation and learning opportunities could help strengthen working memory skills.

For older children, activities and learning experiences which encourage social competence and enhance problem-solving skills, along with opportunities to increase skills in self-control and enhancing a person’s working memory abilities all can serve to help a young person acquire the thinking abilities necessary to evaluating information and consequences of decisions—all part of the life skills necessary to preventing the negative spiral of substance abuse.

With the research showing-up the importance of a young person being able to focus his or her attention, and to assimilate and evaluate information upon which he or she can make sound decisions resulting in good judgment, it becomes all the more important that we ensure our children and youth are provided a good education, good life-skills training, and good drug-prevention education.