According to Study, Heroin Users Respond Better to More Time in Rehab 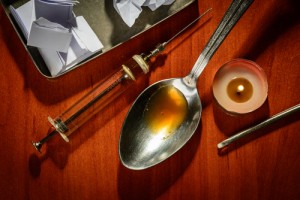 Rehabilitation professionals and the families of drug addicts are always looking for an edge when it comes to overcoming addiction. Drug use destroys lives and separates families, so anything that can be done to eliminate addiction should be done. In order to be fully informed on what can and should be done, professionals in the field and families of addicts should both stay up to date on the most current research and developments in treating addiction. This week we have new information that is right up the alley of the people that need it most.

According to Dr. Jane Liebschutz of Boston Medical Center, a new study has shown that the different ways medical staff send a heroin addict away from the hospital have a definite impact on how that addict will do after rehab in terms of relapsing or not. After the hospital staff have treated the addict (who may have come in due to an overdose or because of a drug-related injury), doctors then have to decide what they are going to do with the addict.

They could give him some advice on getting treatment and maybe even the phone number of a rehab center and then send him on his way. Or, they could actively lead him into getting enrolled in a rehabilitation program. According to Dr. Liebschutz’s research, one of these approaches works far better than the other.

Addicts Need Guidance to Get Into Rehab

In the Boston Medical Center Study, two groups of heroin addicts undergoing hospital treatment were treated differently when it was time to leave the hospital. One group was given an info pack of ways that they could get treatment for their addiction and then sent on their way. The other was actively guided towards rehab.

This is a big difference. It shows that hospital staffs (and by extension, all of us) can play a huge part in helping heroin addicts get clean or not. Seeing them get better requires that we actually get off our seats and do something about it, however. You can not just tell an addict that it would be a good idea to get treatment or to give him a phone number to call. You need to actually guide an addict in order to get him into rehab.

Part of the reason that just giving addicts the information failed is because the addicts weren’t necessarily ready to be sober again. They hadn’t made the decision for themselves that they wanted to go to rehab to change their lives and get clean. In order to help an addict make that decision, you may need to hold an intervention, or at least have a heart-to-heart talk on the matter.

You will probably need to have already researched rehab centers and even reserved your loved one a place. By doing all of this ahead of time, you’ll cut out any possible excuses or reasons not to start on rehab right away once the addict makes the decision.

Put your loved one in a car and turn the keys. Take them to rehab and walk them in the door yourself if needed. If you really care about your addicted loved one, you’ll do what it takes to get him into rehab no matter what.