According to Penn State Study Marijuana Use Interferes with Sleep Quality 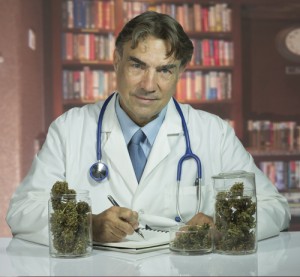 Contrary to the statements of marijuana advocates, a great deal of research has been done on the effect of marijuana on the human body. Drug users want us to believe that it is a harmless “herb” that can’t help but improve nearly every area of your life. Contributions to everything from mental clarity to reduced stress have been claimed, but this is not true in nearly every case.

The facts of the matter are that marijuana actually harms the body in many ways. Every new study done on the drug seems to find another way that it is toxic to your body and mind. One claim made by drug use advocates is that smoking marijuana can help you sleep. According to new research at the University of Pennsylvania, this is clearly not the case.

Marijuana Affecting Your Ability to Sleep

Researchers at the Perelman School of Medicine at the University of Pennsylvania surveyed 1,811 adults from the ages of 20 to 59 that used marijuana. The study found that the more marijuana a person used, the more likely that person had difficulty falling asleep at night or maintaining restful sleep throughout the night. So, contrary to the claims of “helping” sleep, marijuana seems to do the exact opposite.

Researchers also found that the effect was strengthened when the smoker began using marijuana at younger ages. If someone started using weed before they turned 15, they were twice as likely to have severe problems falling asleep, not getting enough rest and also feeling sleepy throughout the day.

This could help explain why drug-using teenagers can appear so sluggish, lazy and unmotivated. Marijuana is actually damaging their ability to get rested when they sleep at night, and it can also cause them to be sleepy throughout their days. The sad part here is that these younger users have often been tricked into using marijuana thinking that it’s going to be all fun and no consequences. As marijuana is legalized in more states every year (for medical or recreational use) it only reinforces the idea that this drug is safe to use.

Is it Only Going to Get Worse

Drug use advocates are working hard to get marijuana legalized across the country. It is currently used in less than half of the states, but that could change in coming years. The public is quickly getting fooled into thinking that this is a mild, harmless drug, but that is not true and never has been. In reality, marijuana has always been bad for you, but growers are constantly cross-breeding plants and finding ways to make them more potent than ever before. If anything, we will only see marijuana getting more powerful as it becomes legal across more of our country.

If communities want to keep themselves free from all the negative effects of marijuana (and not just the lack of sleep), they need to turn the tide right now to fight against legalization. No one thinks that having drug cartels control the supply of illegal marijuana is a good thing, but making the drug legal and widely available isn’t going to help, either.

When you put a weed shop on every corner of every town, you are telling young people that it is okay to smoke marijuana. You give them the idea that it is normal to use, and that leads to young people wanting to try it. The truth right now is that the majority of Americans don’t smoke weed, and we want to keep it that way. Help your family and friends learn the truth about marijuana and all its damaging effects on the body and mind.

To see the full study go to: http://uphs.upenn.edu/news/News_Releases/2014/06/grandner