A New Study Shows that “Strict Parenting” Could Contribute to Addiction 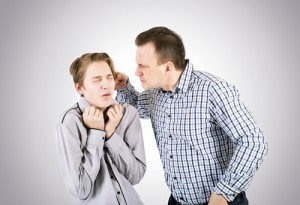 Parents have a difficult task in today’s society as far as drugs are concerned. Not only are there more drugs out there, young people are more aware of drugs and more interested in using them than ever before. A few decades ago this wasn’t the case. Young people that used drugs were known as outsiders and losers. No one really wanted to be caught using drugs unless they were trying to significantly rebel against their parents.

As of today, the mood has shifted. More and more young people are okay with the perception that they use drugs, largely because they don’t see any problem with doing so. Popular culture has deluged young people with the image that drugs and alcohol are cool and that “everybody” uses them. Drug use isn’t seen as an “outsider” action any longer. It’s almost seen as a rite of passage into adulthood.

This is a dangerous thought process for today’s youth to be confronted with. If they really do think that drug use isn’t a big deal, we are going to continue to see a surge of drug use among children and teens throughout society. Parents are the first line of defense in stopping this from happening, but what are they supposed to do?

Some parents think that the best approach to parenting is a “hands off’ attitude. These parents think that children will naturally develop a set of morals and a healthy viewpoint on not using drugs if you just leave them alone. This lack of guidance actually does the opposite. When parents don’t take an active role in any part of their children’s education, the children do not start spontaneously evolving their own knowledge. When drugs are the subject, young people will  simply start listening to their poorly informed friends instead.

Friends might have their own agenda to push, such as justifying their own drug use. They might also have extra drugs that they are trying to sell on the side for cash. Of course they’re going to tell your teen that there is nothing wrong with using drugs. Likewise, if you let you children go out to any parties with their friends at any time of the day or night, your teens will probably end up experimenting with drugs or alcohol at some point. When you don’t fill the role of parent and teacher in your child’s life, someone else will step in to do so, and you might not like the lessons they have to teach.

Strict Parenting Might not be a Good Idea Either

Since lax parenting simply doesn’t work, it could be your impulse to swing the other way and to act as a dictator to your children. You could crack down on all of their freedom and demand to keep track of every moment of your child’s day, but this is not the route to your child having a drug-free life, either.

In many cases, being too strict of a better leads children and teens to look for ways to rebel. They don’t like the fact that you don’t trust their judgment, so they punish you by doing exactly what you tell them not to.

If parents want to successfully raise kids that grow up to not use drugs, they need to find a moderate approach between these two extremes. Instead of giving kids all the freedom in the world or acting like a dictator, you’ll find that it works a lot better to simply talk to your kids and teach them about what drugs actually do. When young people fully understand the effects of drugs, they can naturally come to their own conclusion of not using them.