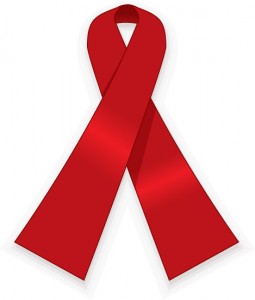 The National Family Partnership (NFP) Red Ribbon Campaign had its beginnings in 1985, and has since carried its message of hope to millions across the nation and beyond with its ongoing commitment to raise awareness of drug prevention.

The Red Ribbon campaign, sponsored by the NFP, provides drug awareness and serves as a catalyst in mobilizing communities across the nation to educate their youth as to the realities of drugs and drug use; and encouraging participation in drug prevention activities.

The wearing of the red ribbon and what it symbolizes was born in response to the murder of Drug Enforcement Administration Agent Enrique Canamera, murdered by torture in 1985 in Mexico.  Canamera had originally chosen to become a DEA Agent due to his personal commitment and belief that one person could made a difference.

As another means of drug prevention, the NFP actively brings the agenda and concerns of
the nation’s parents and families to the attention of policy makers at all levels of government.

The NFP organization functions as a national clearinghouse–collecting and providing drug prevention literature–and developed a series of drug prevention brochures designed to help educate partner organizations with the most up-to-date information on campaigns such as the Red Ribbon Campaign.

After each drug prevention lecture series, students were asked to fill-out surveys which were designed to demonstrate how the students’ attitude towards drugs changed, or improved.

Since September, 2012, Narconon Arrowhead received thousands of student survey responses, with those students receiving the drug prevention education lectures indicating they will abstain from drug use; or stop their drug use; or will stop others from their drug use.

These survey results clearly indicate the importance and effectiveness of the drug education efforts undertaken by Narconon Arrowhead.  Experience has taught that approaching young people with accurate and age-appropriate information about drugs and drug use and its many effects is capable of empowering these children and teens to make wise choices—and abstain from drug use.

The Narconon drug education lectures and drug prevention education materials which the center provides as a public service, is a proven and time-honored way to help our youth understand and avoid the pitfalls and devastating consequences of drugs and drug use.

Executive Director of Narconon Arrowhead, Gary W. Smith, notes that our youth “need to know about the destructive power of drugs” before falling into the trap of substance abuse and addiction.

During Red Ribbon Week, Narconon Arrowhead’s longtime drug prevention education efforts and results are especially noteworthy and appreciated by all who have experienced its benefits and its contribution towards a drug-free future for us all.