5 Things A Person Realizes In Rehab 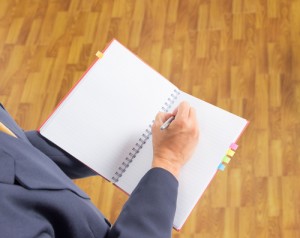 Rehabilitation is a journey, which begins with the realization by the individual himself that he or she needs help to overcome their addiction.  No matter how much others might want a drug-free life for the addict, it ultimately is the person’s own personal decision to do whatever it takes to truly break the chains of addiction, and learn to live a life of sobriety.

Rehabilitation is a restoration to a former condition or state of health or constructive activity.

A more specialized meaning is to help a person who has acquired an addiction to re-adapt to society and life through guidance, retraining, or treatment.  For each person, the journey of rehabilitation is a very personal one, as distinctly individual as the person himself.  But a vital and necessary part of each person’s successful journey from addiction to sobriety and a restoration of self are the realizations that accompany the challenges and changes throughout that journey.

Let’s look at 5 things a person realizes about self, life and others as part of rehabilitation:

I Am Not Myself When On Drugs

Common to all substance abusers is the fact that drug and alcohol use and abuse changes them, and when under the influence and over time, each individual will resort to conduct and behavior which is out-of-character for them, prior to using drugs.  One student on the Narconon Drug Rehabilitation Program at Narconon Arrowhead wrote:

“I also realized I’m not myself when I’m on Xanax, and since being off drugs I’ve come to realize I like who I am much better without drugs, Xanax particularly.  I don’t want or need this drug in my life.  I can be happy and productive without it.”

The Cost of Drugs Goes Further than Money

Illicit drugs are expensive, and the ever escalating cost to support a drug habit drives the addict to theft, dealing, prostitution or other illegal means to get the wherewithal to support their habit.

If one were to add-up the cost of the drugs, the cost to the legal system, the cost to employers, the cost to the taxpayers for state and federal programs, and the list goes on and on, it would be overwhelming.  But is does indeed go beyond just money.  There is the human cost, a toll far greater.  As another student on the program at Narconon Arrowhead realized:

“I realize that cocaine is a very dangerous and expensive habit.  But the cost goes further than money.  The feeling of invincibility it gives you is especially dangerous because it can make you make terrible decisions.”  And, “When I start I don’t stop until I’m out of money.  I’ve pawned stuff to buy this drug.  I’ve lied and stolen money from my parents…I’m happy to say I don’t want a part of this drug or the people whom associate with it.  By keeping it out of my life, I’ll be healthier, happier, and have better relationships.”

Drugs Get You into Trouble With the Law

So sadly a common occurrence with substance abuse, most people had no prior brushes with the law nor did they have a prior criminal record.  Their involvement in drug abuse led to involvement with the law, the courts, and for way too many, ended-up in jail and prison time.  Another Narconon Arrowhead student on the rehab program shared the following realizations:

“I realize I go myself into a lot of trouble with the law when I was drinking.  I got a DWI (Driving While Intoxicated) when I was 17, and I’m lucky not to have more. I also realize that alcohol led to many other drugs such as cocaine and Xanax.  I also realized that using fake ID’s to buy drinks at the bars could’ve gotten me in a lot of trouble.”  Also, “I know stealing alcohol from my parents was wrong…I know my judgment was clouded when I was drinking.”

There is nothing more devastatingly painful for a parent or a loved one than to watch the person they love spiral out-of-control in their descent into substance abuse and addiction.  Parents, husbands, wives, sisters, brothers, friends—none escape unscathed from the ravages of their loved-one-turned-addict.  A particularly poignant realization by an individual on the Narconon Arrowhead Drug Rehab Program:

“I realize that the way I’ve treated my father is wrong.  He’s worked his whole life to give me everything he didn’t have.  He’s taken good care of me and giving me everything I need and a lot that I’ve just wanted.  I took him and everything he’s done for me for granted.  He’s tried to teach me life skills I’ll use forever, but I never really listened.  I’ve lied and stolen from him many times…I know apologizing to him doesn’t fix things now but it’s a start.  I know the things I was doing damaged our relationship, but I can only change what I do from this point forward.  I realized I’m very blessed to have such a loving, caring father and I’m ready to do what it takes to show him I appreciate everything he’s done…to do whatever it takes to repair our relationship.”

Drugs Are Not a Solution

The underlying cause of substance abuse is unwanted attitudes, emotions, sensations and pains, whether physical, mental or spiritual or a combination thereof.  A person seeks to deal with them by using drugs, to mask them or to numb themselves, but ultimately pay the price with emotional shut-off and addiction. As a student on the rehab program at Narconon Arrowhead realized:

“I realize XO’s were a bad idea…I’m lucky I’m not dead or in jail.  It wasn’t worth the guilt or depression for a 6-8 hour high…also, selling them was not a good idea as I put others and myself in danger.  If I never would have been a part of that scene, I wouldn’t have been robbed and gotten a gun pointed at the back of my head.  I know I probably damaged my body and my mind with excessive use…I know I don’t need this drug to enjoy my life.”

Those realizations and others like them are the lifeblood of true rehabilitation, and restoration of self.