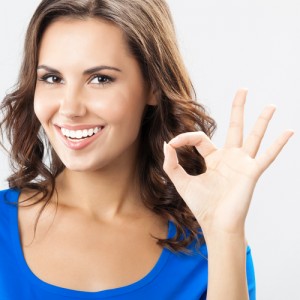 The merit of a drug rehabilitation program is seen in its results, and there is no better recommendation of its value and its outcome than from those who have experienced its many benefits for themselves.  It is likely that no person could ever put a price on the true value of getting one’s life back from the prison and degradation of drug addiction.

The following are some excerpts from five individuals who experienced positive benefits, recovering their lives from addiction through the Narconon drug rehab program.

The first is best said by an addict when newly on the Narconon Program, MG, who experienced Narconon’s drug-free withdrawal, unique to the drug rehabilitation field.  MG states, “Narconon has helped me regain control of my life, and changed my outlook on things.”  He adds that when he arrived, he could not eat or sleep for days, “but my withdrawal symptoms have gone away.  I no longer need drugs to function and I’m grateful for that.”

AH had this to say after completing the Narconon Sauna, “It actually brings tears to my eyes to think back to how bad I was and how I feel today.”  AH shared that she no longer wakes-up in excruciating pain, reaching for a bottle of pills, because “I don’t have to.”  She shares that she has “started thinking about positive things I want to do with my life”, something she “didn’t even dare to dream was possible.”

Another Positive Thing on the Narconon Sauna

EM also shared the extraordinarily positive results she experienced as a result of the Narconon Sauna Program.  In addition to feeling “so much better than when I started”, she adds that “my mind is clearer and my senses are heightened.”  She notes that colors are brighter and she feels so much better.  EM relates, “I am so happy to be drug-free.”

A full set of Narconon Program Books are used on the drug rehab program.  Numbered in sequence as the person goes through each component part of the program, Book 1 is the first course that students (patients) do upon completion of drug-free withdrawal.  The confront and communication skills learned on Book 1 give the student tools for life, as well as preparing the person for their journey through the full Narconon rehab program.

JM had this to say about Narconon Book 1:

“Today, I woke up and it was a new year.  It is a new year to make the change I deserve to accomplish my goals, to love my child and put smiles on all those faces that stood behind me.”

RS relates the personal experience of handling transgressions related to substance abuse, saying it “made me think of times I didn’t want to think about, before drug use and after” and the realization of how those times were different.

RS continued by saying, “I never considered or cared about anyone else’s feelings other than my own.”  In comparing his life before using drugs and after using drugs, he said, “I didn’t care for people the way I used to before the “speed world” existed in my life.”

He also acknowledged it was difficult for him to “transform back to the way I used to be”, but that throughout the time he was involved in drugs, “I always had a little bit of good that stayed in me.”  It was that “little bit of good” which he attributes as that things which made it “possible to recover and escape from that dark 12 years of hell” he had put himself and everyone around him through.

There are a myriad of positive things about the Narconon rehab program.  Perhaps the most positive thing of all is that the restoration of a drug-free life is possible, and it is available to all those who reach-out and take hold of it.