3 Signs That Someone is Getting Fraudulent Prescriptions 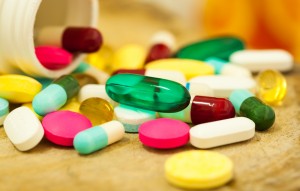 The problem of prescription drug abuse continues to grow.  One contributing factor is the idea that because these “medications” are legal, they are somehow safe.  Prescription painkillers are not safe, and tend to be highly prone to abuse and addiction.  And once a person engages in obtaining the prescription drugs through fraudulent means, it crosses over the line from legal to illegal, and with all of its consequences.

It seems that prescription drug abuse is on the rise, in part, due to the relative ease with which a person can use it as a means to get more drugs.  The drugs can then be used by the person himself, or sold on the black market, depending on the drug.  Some prescription drugs in demand on the streets can bring the seller $10 to $75 per pill.

Common ways a person may attempt to commit prescription fraud include:

A pharmacist is in a position to watch for prescription fraud, and there are certain signs that he or she would notice that could indicate potential fraud:

On a personal level with someone you know, a relative or a friend a co-worker, there are some things to look for that would be a sign that the person is engaging in the use of fraudulent prescriptions to obtain prescription drugs.

First and foremost would be large quantities of prescription drugs in his or her possession.  A conservative approach to prescribing a painkiller would be a limited supply with no refills, and would not account for either large quantities or a number of different painkillers, including but not limited to such drugs as Oxycontin, Oxyfast, Percocet, Lorcet, Lortab, Norco, or Vicodin.

Another telltale sign would be a large amount of empty prescription painkiller pill bottles in the person’s possession, or in their area.  It could be an indicator of both the person’s use and abuse of the drugs, as well as the possibility he or she is selling them to others.

A definitive sign of drug use would be the person showing common signs of drug abuse, which can include such things as a poor physical appearance, a sudden loss of interest in those things the person does routinely or which would be his or her normal activities of interest, poor grades at school or poor performance on the job, a sudden change to a new group of friends or a change in who the person hangs out with, getting into pro-drug items such as clothing, music, tattoos, etc., hiding their eyes behind sunglasses excessively, and perhaps most telling to those who know and love the person well, their avoidance of spouse or family and failure or unwillingness to account for their whereabouts or their unexplained absences.

Whether the addiction is to alcohol, heroin, cocaine, meth, or prescription painkillers acquired fraudulently, the relief from the suffering and damage and emotional pain requires no prescription.  It requires that the addict get actual help, which will result in true rehabilitation and the ability to live a drug-free life.  The long-term, residential drug rehabilitation program at Narconon Arrowhead is such a program, and a workable and lasting means to attaining that goal.

Contact us today to get more information on the effects of drugs, including prescription drug dangers.